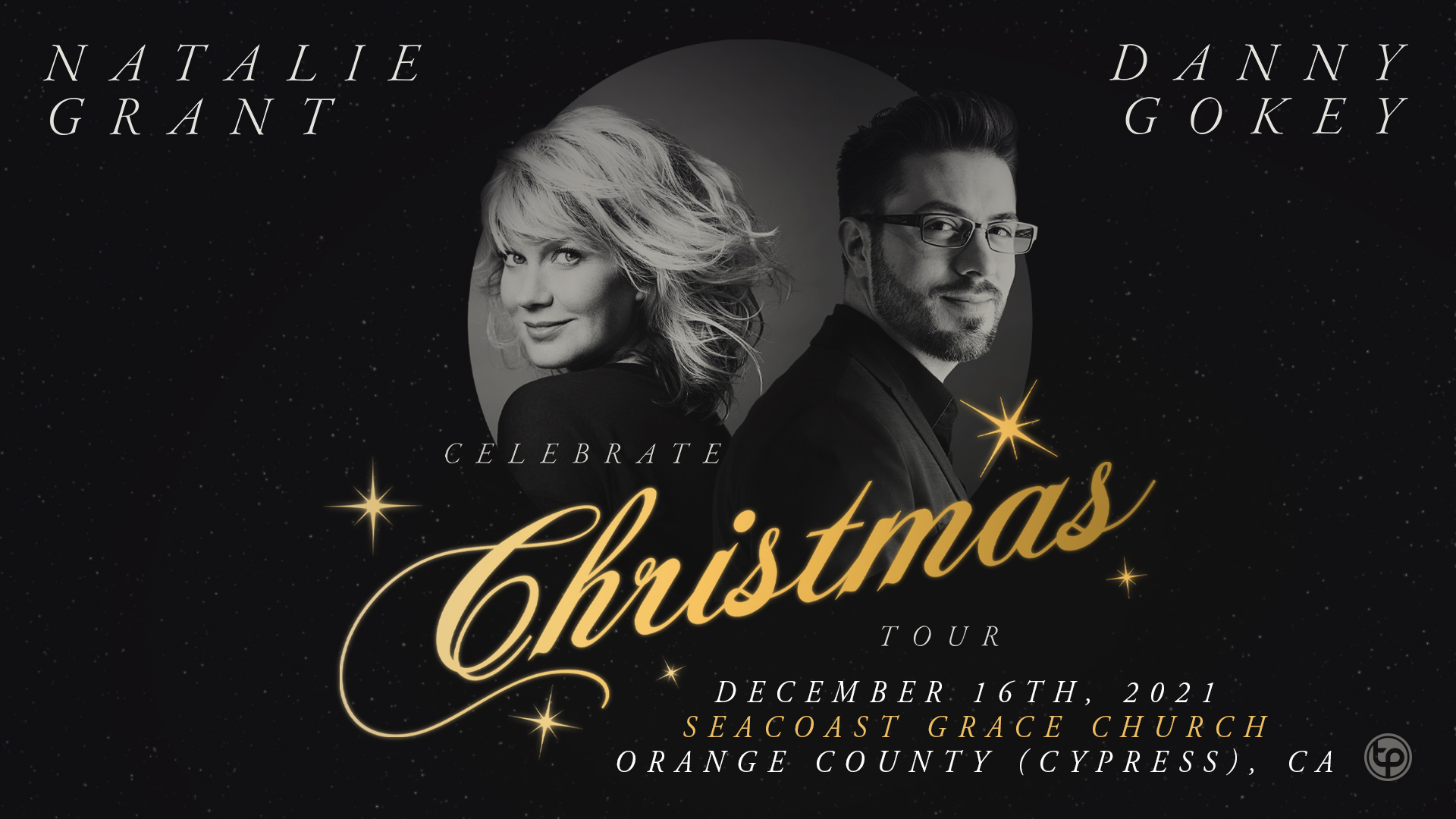 What better way to celebrate the Christmas season than a concert with Natalie Grant & Danny Gokey! Join us for the 6th annual Celebrate Christmas Tour!  This concert is assigned seating so grab your tickets early!

About Natalie Grant:  Eight-time GRAMMY® nominee Natalie Grant has remained one of Christian music’s top-selling artists since her 2005 breakout RIAA Gold-certified album, Awaken. Known for powerful vocals, heart-gripping lyrics and passionate performances, Grant has since gone on to amass more than 500 million streams and has garnered several #1 singles at radio. Having been named Female Vocalist of the Year by the Gospel Music Association five times, Grant has propelled multiple records to the #1 spot on the Billboard album charts, including her most recent, Be One. Along with her friend Charlotte Gambill, she launched Dare to Be, a series of special one-night events for women. A fierce advocate for social justice, she’s also the co-founder of Hope for Justice, an international non-profit organization with 32 offices spanning 10 countries, that works to end modern-day slavery. The singer and her husband, GRAMMY® Award-winning songwriter/producer Bernie Herms, live in Nashville with their three daughters.
About Danny Gokey:  Grammy-nominated, Capitol recording artist Danny Gokey became a favorite of millions of fans as a Top 3 finalist on Season 8 of “American Idol.” Following Idol, Gokey released his debut album, My Best Days, which debuted at #4 on the Billboard Top 200 album chart. Since that time, Gokey has celebrated a series of #1s including his follow-up album releases Hope In Front of Me, Rise, his latest full album release Haven't Seen It Yet, and his first Award-winning holiday album, Christmas Is Here. Spawning singles like "Haven't Seen It Yet', “Hope In Front of Me,” “Rise,” "Masterpiece", “The Comeback,” and his RIAA Gold certified single “Tell Your Heart to Beat Again,” Danny has cemented his place on the radio charts with multi-week, multi-chart #1 runs both in the United States and in Canada.

Important Information: We will be following the local/host church guidelines at the time of the event. Please consider that there is an inherent risk of exposure to COVID-19 or other infectious diseases in any place where people are present. Although we have implemented recommended practices to promote the health and safety for all of our attendees and event staff, we cannot ensure or be held liable that the premises are free from contagions. By voluntarily entering and being present at this event, you (and each person in your party) acknowledge and agree to accept complete and sole responsibility for the inherent risk of possible exposure. As official local health guidelines evolve regarding COVID-19 safety protocols, the venue may shift seating configurations and/or increase capacity. All seating is general admission – first come, first served. Ticket prices subject to increase when purchased at the door. Children 3 & under are free if they will be sitting in a lap. All purchases are non-refundable.