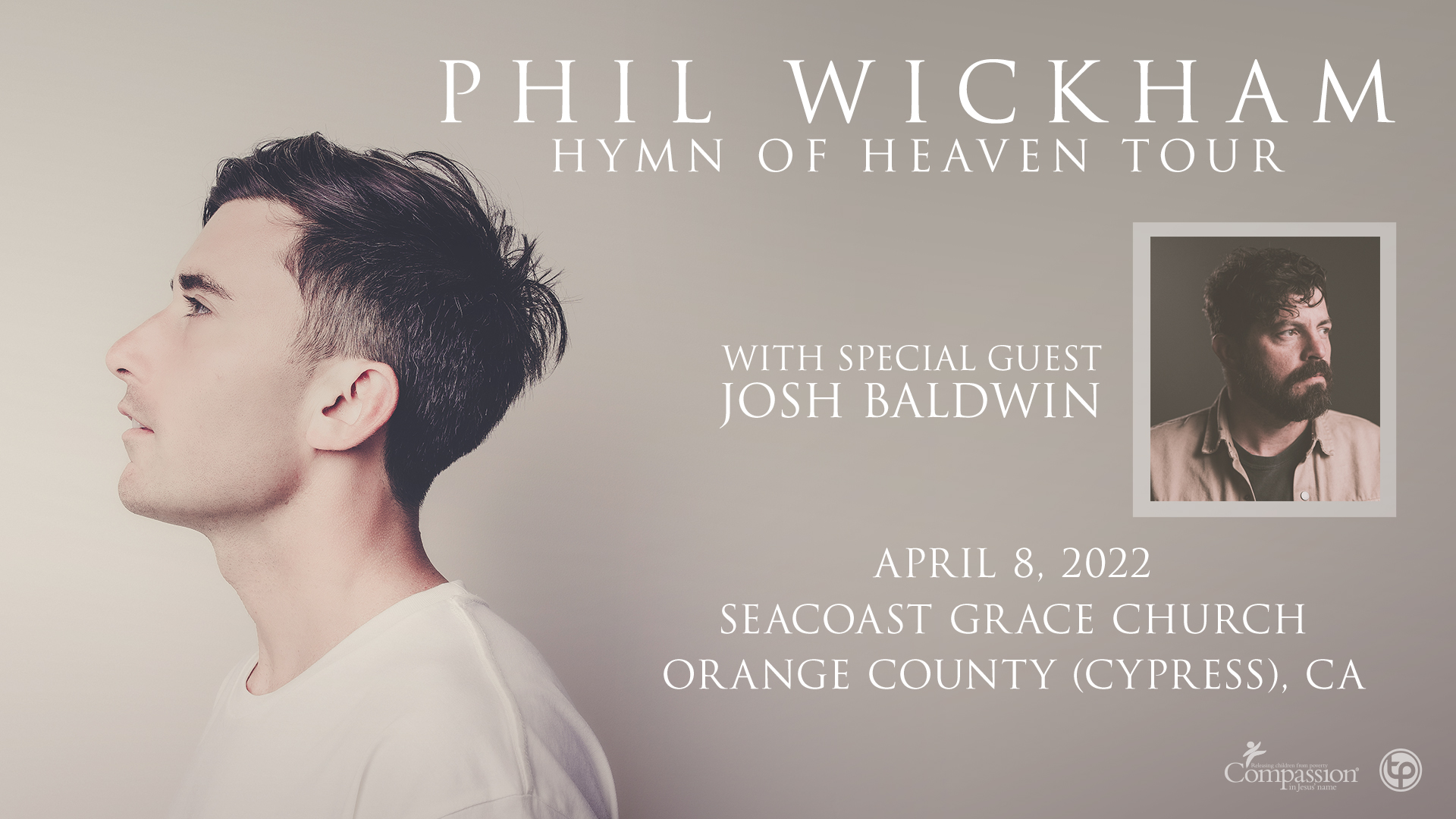 Phil Wickham is a critically acclaimed Contemporary Christian musician, singer and songwriter from San Diego, CA. Wickham has released nine albums, and his critically acclaimed single "This is Amazing Grace" became RIAA certified Platinum and topped the 2014 year-end Christian Airplay chart. Songs like "Living Hope" and "Great Things" can be heard in church's globally every weekend. Wickham is often known for his four 'Singalong' albums consisting of live acoustic recordings of his biggest hits and modern hymns. His newest single, "Battle Belongs" was just released in September of this year.

A singer/songwriter and worship leader based in California, Josh Baldwin is best known for this work with CCM collective Bethel Music, which he joined in 2014. He has also released several solo albums including 2017's The War is Over, collective though it was his popular 2016 Bethel Music single "Stand in Your Love" that earned him more widespread notice.

Important Information: We will be following the local/host church guidelines at the time of the event. Please consider that there is an inherent risk of exposure to COVID-19 or other infectious diseases in any place where people are present. Although we have implemented recommended practices to promote the health and safety for all of our attendees and event staff, we cannot ensure or be held liable that the premises are free from contagions. By voluntarily entering and being present at this event, you (and each person in your party) acknowledge and agree to accept complete and sole responsibility for the inherent risk of possible exposure. As official local health guidelines evolve regarding COVID-19 safety protocols, the venue may shift seating configurations and/or increase capacity. All seating is general admission – first come, first served. Ticket prices subject to increase when purchased at the door. Children 3 & under are free if they will be sitting in a lap. All purchases are non-refundable.